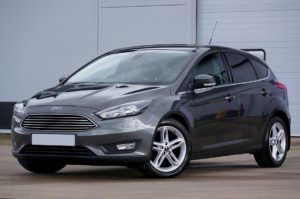 When the Ford Fiesta appeared on the market in 1976, the history of a car classic began. The small car has been one of the most popular cars in the Netherlands for 45 years. The Ford Fiesta has been produced more than 15 million times worldwide and the eighth generation of the model is now rolling on the roads. However, the Fiesta did not always bring driving pleasure alone. Inspection problems, defects and recalls were not uncommon for this Ford. Whether it's broken springs, loss of cooling water or broken clutches: the Fiesta doesn't always come out well as a used car. On this page, we have tried to list the Ford Fiesta problems, weaknesses and recalls for each model. Do you have any additions? Please let us know using the comment form at the bottom of this page.

The eighth generation Ford Fiesta was presented to the public in November 2016. Compared to its predecessor, there are only a few exterior changes. The technology has been optimised and improved so that drivers can look forward to more comfort. In September 2021, a model update of the eighth model series was presented, which will be released in early 2022. The eighth series Ford Fiesta stands out in tests due to various teething problems and weaknesses. First, the driver's seat attachment came loose, then the steering wheel started to crack. Here, the eighth generation joins its predecessors, who all had similar problems. In the current model, it is the guide rail of the central steering wheel that causes the noise. Experiences of Fiesta owners reveal further points of criticism: vibrations in the interior spoil the driving pleasure, and the interior trim of some vehicles, the boot cover and the seals of the panoramic roof also come loose.

The door edge protectors break easily. In the area of the hinges, some motorists have already discovered peeling paint which, if not treated, leads to rusting. Engine problems have also been reported, with Ford citing a quality problem with the oil pump drive belt as the reason. Do you want to know what the interval is for replacing the timing belt? Then go to this page.

The eighth series Ford Fiesta had some recalls in the first few years. Models built between December 5 and December 20, 2017 had a problem with the brake booster. A steering column that was not built to the required specifications resulted in unusual noises and even failure of the steering. Other vehicles produced in spring 2021 suffer from a defective seat belt retractor. It is possible that the system does not work under heavy braking. A visual inspection is carried out in the workshop and, if necessary, a new retractor is fitted. Another recall: on the rear seat, the screws for the rear seat locks and the central belt retractor were not properly screwed in. In the event of an accident, there was a risk of injury. For this reason, vehicle owners had to go to a specialist dealer to have the screws tightened with the necessary torque. In new hybrid models, it was possible that the ground connection of the traction battery would come loose. There was therefore an increased risk of fire. The car owners concerned then had to go to the workshop, where the connection was tightened to the correct torque.

Although the seventh model series of the Ford Fiesta inherited the base plate of its predecessor, there were numerous changes in terms of appearance and drive. The Fiesta will be full of quality, as the first power steering ESP were standard. A facelift followed in 2013, which changed both the technical and visual aspects. Various studies showed that the seventh generation Ford Fiesta had numerous defects. The track rod ends were worn out or defective after just a few years, later the steering itself also caused problems. The axle bearings are also often criticised. After five years, the number of broken springs increases dramatically. The lighting is weak because it breaks down too often or is not aligned properly, especially in low beam. The brakes are often too weak or unevenly worn. Here, however, the younger models are affected more often than the older generations. The exhaust system causes problems in all vehicles. Exhaust rust and cracked exhaust manifolds are a typical weak point of the Ford Fiesta.

However, research has also shown that many Fiesta owners are happy with their car. However, there is also criticism about the workmanship quality. The seat rails are wobbly (from 2009) and the window controls tend to fail. Moreover, radio crashes are not uncommon. The lighting is known as a weak point and it is always worth having the right bulb as a spare in the boot. In terms of driving pleasure, the dual-clutch transmission is a point of criticism. It causes ugly jolts when shifting gears.

There are several recalls on the seventh series Ford Fiesta. Among others, models with 1.0 l EcoBoost/Duratec engines are affected because they are equipped with a defective engine intake duct. The cause is a manufacturing defect, which could cause the connection pin for the fuel vapour recovery to become clogged. This has led to problems in complying with emission regulations. Some models produced between September and November 2014 had to go to the workshop due to defective seat belt buckles in the rear. Speaking of seat belts, the passenger seat belt anchor was not properly tightened on the Ford Fiesta produced between February and August 2016. These problems have been fixed by the garages if all goes well.

Some Ford Fiesta models equipped with a 1.6 Ecoboost (petrol) engine were called to the workshop because of a problem with the coolant level. During development, a sensor which registers the coolant level was omitted. For this reason, it could not be ruled out that the engine was receiving too little coolant and could therefore overheat. The workshop retrofitted the sensor and the necessary software. Due to installation anomalies on vehicles from the 2011 model year, two brake lines ran into each other. In the worst case, there was damage, loss of fluid and loss of braking power. As a result, some motorists had to go to the workshop to have the problem resolved. In vehicles with 1.4/1.6 TDCi diesel engines, a brass plug came loose, allowing hot exhaust gases to flow into the engine compartment. As a result, the plastic cover of the radiator fan became hot, which in extreme cases led to the components melting together. Not the last recall: Rear axle fixing screws that could potentially crack, defective welds on the rear axle and an increased fire risk due to an overheated glow plug control module (on diesel engines) complete the list of recalls.

The sixth model series was available in five-door and three-door versions. During a facelift in October 2005, the bumpers and headlights, among other things, were changed. There were also changes to the interior and to the optional extras. Unlike its predecessor, the 2002 Ford Fiesta causes few problems at the general inspection. Chassis and steering are solid, even though there are exceptions. And with the years, the life span of some components does come to an end. There is especially criticism on the lighting, which often lets the driver down.

Autobook knows: the small car is a relatively reliable companion even in old age, but it sometimes gives up, especially if poorly looked after. The causes of a malfunction are diverse and cannot be limited to one area. Whether it's the fuel pump, clutch or ignition system, from time to time roadside assistance is required to help stranded Fiesta drivers. Some components slowly reach the end of their service life. The hoses become porous, which can become dangerous. At the moment, it is mainly the ventilation systems that are affected, which is only half as bad. Problems are also looming with the wiring loom. However, the ignition cable has long been a known weak point that calls the breakdown service to the scene.

The sixth generation Ford Fiesta saved on anti-corrosion precautions. This is noticeable nowadays, because it is almost impossible to find a model without corrosion. Especially the models from the years 2004 and 2005 are affected. If you want to buy a used car, you should pay attention to the classic weak points, including the doors, wheel arches and brake lines. Of course, the exhaust is also included.

The sixth generation of the Ford Fiesta did not remain unscathed either. These include vehicles with 1.6-litre diesel engines. Defective fuel lines allow large amounts of diesel to escape. In addition, the drive belt (of the power steering pump) could become loose in some vehicles, causing the power steering to fail.

The fifth generation Ford Fiesta is still a popular car for young novice drivers. Rust is a well-known problem with the fourth and fifth generation Ford Fiesta. Ford has apparently dispensed with the necessary precautions in this car, which means that chassis parts are affected by rust. However, rust is not the only hurdle the Ford Fiesta has to overcome; the brake system is also criticised because its function is significantly reduced on both the front and rear axles. The handbrake also causes problems, because it usually only works poorly or only on one side. The bearings and hinges are also worn out over the years. When taking a test drive, look out for rumbling and spongy driving behaviour.

The oil cap on the Ford Fiesta is considered a classic misdevelopment. Why? The cover wears out over the years and then no longer closes properly. If it falls off while driving, the engine oil also drains away. This usually ends up not only with a dirty engine compartment, but also with major engine damage. Because when the light comes on, it is often already too late. Therefore: Regular checks are important!

Most common problems with Ford Fiesta

Conclusion: the Fiesta, a car with quality problems?

With the Fiesta, Ford offers a solid, sporty small car (ST versions). The sales figures and the long history speak for themselves. The classic car is still popular. However, our research shows that this was not always the case in the past. The Ford Fiesta was also known for quality problems and faltering development. After the Ford Fiesta became a hit in its first years, Ford leaned on this success. The result: quality declined and the competition got the upper hand. The faux pas could at least be made up in the following years. Shortly after the turn of the millennium, the Ford Fiesta returned to its old strength. Rust and expensive engine damage are (almost) no longer a problem nowadays. There is mostly criticism about the broken joints, the weakening brakes and the often faulty lighting. The Ford Fiesta is now in its eighth generation. It has already brought countless people to their destination. Feel free to write a comment and tell us about your good and bad experiences with the popular Fiesta.