Chiptuning, or ECU tuning is becoming an increasingly popular way to increase power and torque. In addition, the term eco-tuning is widely used, with this you save fuel. having a car chipped works best with cars that have a turbocharger. Audi, for example, has many turbocharged engines like the TSI variants. As Audi is part of the VAG group, these engines are also in Volkswagen (VW), SEAT and Skoda.

Almost everyone who has their car chiptuned immediately notices that there are additional power and torque is present and that the car better performances has, so driving pleasure increases.

Chiptuning , why do it?

There are those who think customised chiptuning is only for sporty cars. But there are many more situations where optimising the engine management can be useful. Think of towing a caravan, for this purpose extra torque is very pleasant, especially in the mountains. In practice, you will need to change gears less often, as there is more tractive power at low revs. In addition, extra power and torque could also be considered safer, overtaking and merging becomes a lot less stressful when you go from, say, 90 to 120 hp and 150 nm torque to 200 nm torque. 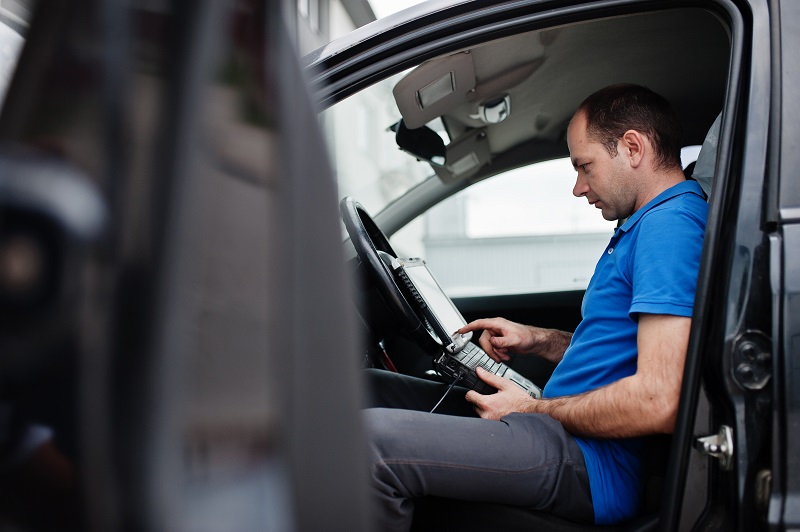 Why more people are getting their cars chiptuned

Besides the above reasons, there is another important reason why more people are turning to tuning; for several years now, engines have been downsized to emit less CO2 and other pollutants. These small engines are turbocharged so that they still have some form of performance. However, the range where this performance can be used is also getting smaller. Whereas an atmospheric engine generally has a nice even power delivery, turbo engines are often rather erratic in their power delivery. Audi and Volkswagen's famous TDI engine give a huge boost from 1600 rpm, but you have to change gears at 2800 rpm because there is virtually no acceleration at that point. The same goes for today's downsized engines. They often have a turbo lag and this is exactly where chiptuning can help. Optimising the software increases the range where performance is.

Can you really save fuel with Chiptuning?

There are several ways to modify the engine management. You can choose to go for more power alone. With most tuners, this is called stage 1. This focuses less on fuel economy and more on power and more agility.

So-called ECO tuning is more about programming the engine management for fuel economy. There are also power gains, but you only see them in very

small degree back on the test bench. Besides, you shouldn't expect miracles either, a saving of between 0.1 and 0.3 litres per 100 kilometres is realistic. Of course, for someone who drives a lot, it can still save 1 to 2 full tanks of petrol or diesel on an annual basis, not bad with current fuel prices. 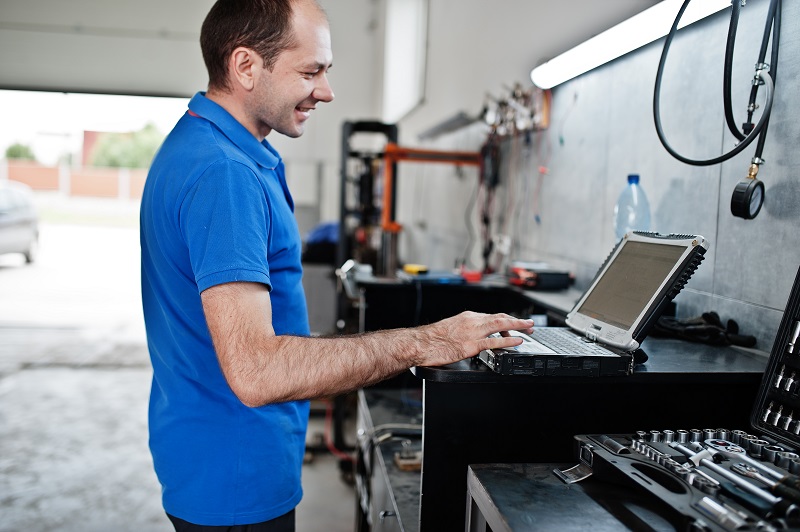 Chiptuning can be divided into several stages, each of which has its own advantages. The first stage is often referred to as "stage 1". This is the most basic and common form of chiptuning, and usually involves a simple software reflash that can be carried out relatively easily. A Stage 1 tuning often delivers modest power gains, as well as improved throttle response and fuel economy.

The next step is a "Stage 2 tune". This is generally more complicated than a Stage 1 tuning, and may require some hardware modifications in addition to the software reflash. Stage 2 tuning often offers significantly more power gains than Stage 1 tuning, but can also be associated with an increased risk of engine damage if not done correctly.

Besides stage 2, there are even more extreme forms of chiptuning, such as "stage 3" and "stage 4". These tunings are generally only for race cars or other highly modified vehicles, and can yield huge power gains at the cost of increased engine wear. If you don't plan to take your car to the track or do any serious racing, you probably don't need to worry about these more extreme tunings.

How to choose the right chiptuning stage for your car?

Once you have decided that you want a chiptune for your car, the next step is to find out which stage is right for you. If you are just looking for a bit more power and better throttle response, then a phase 1 tuning might be all you need. However, if you are looking for significant power gains, you will probably need to opt for stage 2 or higher. Keep in mind that the higher stages carry a higher risk of engine damage if not done correctly.

The technique behind chiptuning explained

Car owners have a software specialist do a so-called remap. This gives the car more power and reduces fuel consumption. But what exactly is chiptuning? We will now take a closer look at the technology behind chipping.

What is the ECU

The Engine control unit (ECU) controls the operation of the entire engine and its components, including electronic systems (ABS, ESP, TCS) and other equipment, such as air conditioning. The ECU is therefore the 'brain' of the entire computer that determines its technical capabilities. The engine control unit (engine management) is usually a microprocessor (the chip) that receives and processes data. The data comes in from various sensors, such as the air mass meter, for example.

During production, manufacturers save universal settings of the operation in the computer memory of the car, but they are not optimised for the conditions in which the car is driven. These settings partially determine the car's performance, such as the engine speed, fuel dose, injection angle, turbo pressure (if present) and fuel injection pressure. Based on this data, the ECU selects the optimal parameters for the car's performance.

Auto remapping, also known as chip tuning or ECU tuning, is a highly effective and safe method of engine tuning. Engine tuning (new software) is designed to increase engine torque and power. This can be done in two ways: by mechanical interference in the engine or by optimising the software. The first method of tuning is very expensive and often requires customisation. It must be said, however, that this

forms of tuning can also be combined. Doing this will ultimately give you the best result on the test bench.

Chiptuning is a simple and above all safe way of changing the engine's operating parameters and increasing its efficiency. When reprogramming a car, new software is uploaded that allows for more efficient engine operation.

Why does chiptuning work?

Standard software installed during the production phase does not extract the maximum potential from the engine. By using better software, it is possible to safely increase engine capacity and achieve significant power gains without damaging the engine. Moreover, (as mentioned earlier) by changing these values, it can translate into better fuel consumption. In some cases, this can save up to 0.3 litres per 100 kilometres. So if you drive a lot, the investment in chiptuning is quickly recouped. 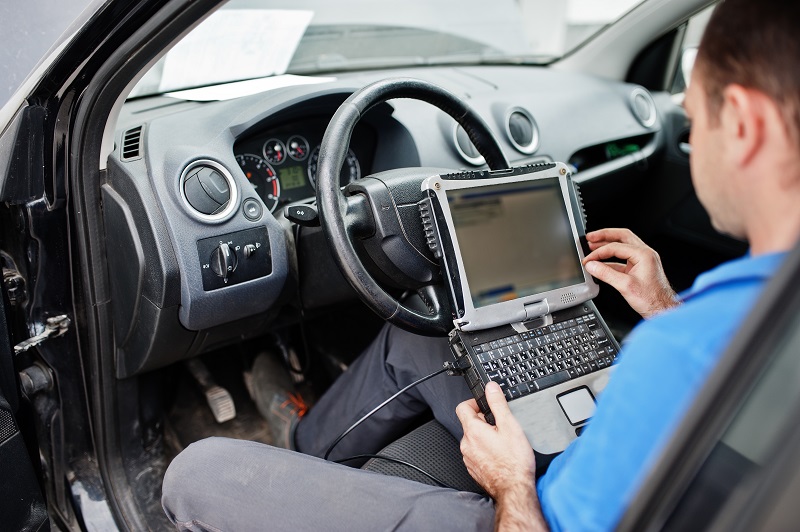 For successful reprogramming, it is important that the software is matched to the vehicle model and the capabilities of the engine and components. Performing chip tuning with unsuitable software, can lead to the vehicle malfunctioning or even being permanently damaged. Thus, the engine may break down and a manufacturer will see through a diagnosis that the wrong software has been used and thus will not accommodate you. It does not matter then whether it is a BMW or SEAT, manufacturers are very strict about this.

The benefits of chiptuning are tempting and more and more people are choosing to do it. This is partly because of the low cost compared to mechanical tuning. But it is necessary to choose an experienced chiptuner. These have a lot of experience in tuning your make and model. A company that does not know much about chiptuning may overestimate the capabilities of the car and this can lead to damage and malfunctions. Our chiptuning preference would therefore be for a tuner that specialises in certain makes or a brand group, such as VAG, for example.

Having a car chiptuned is at your own risk in almost all cases, but fortunately you don't hear many horror stories and most chiptuners know exactly how to adjust the parameters so that no engine damage occurs.